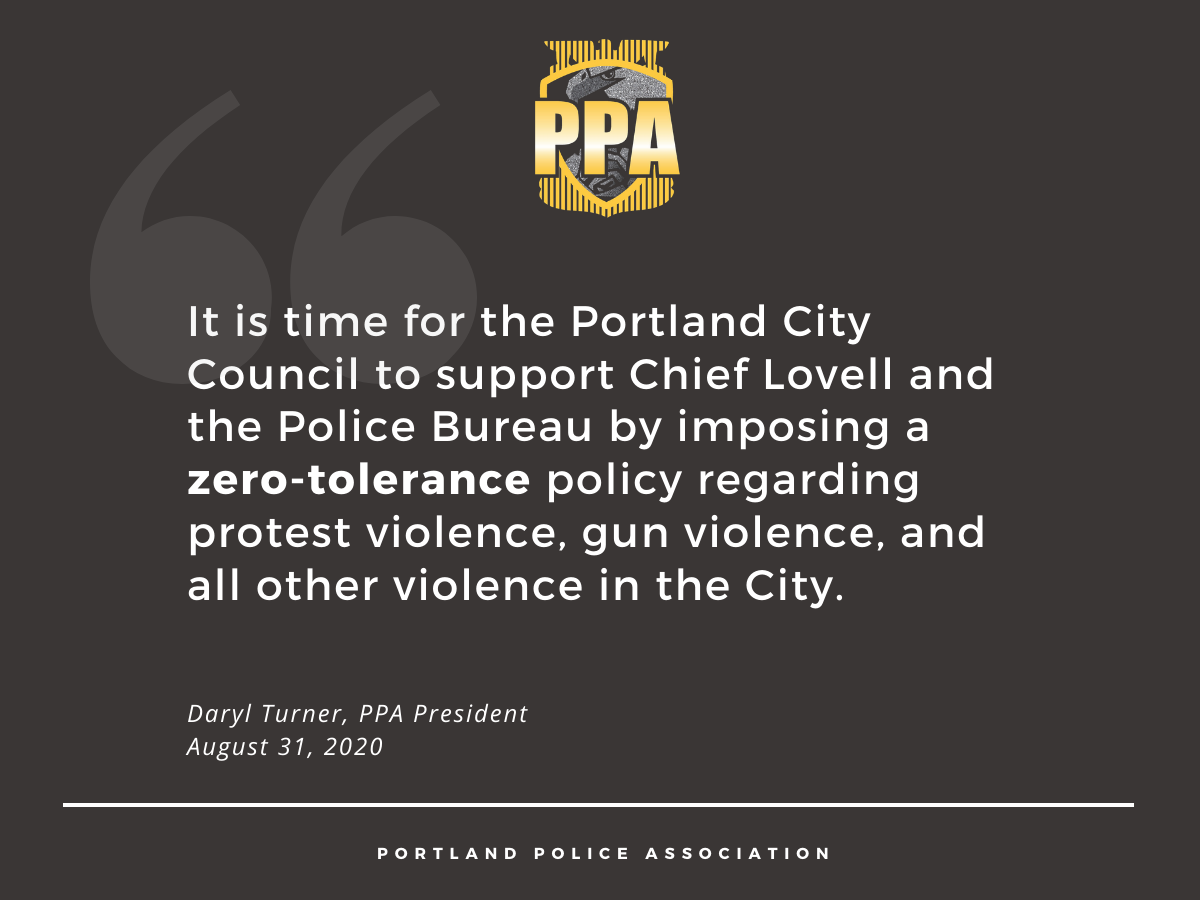 Saturday night a man, a human being, a person—Aaron Danielson—was killed on the streets of Portland. His race, his political affiliation, or where he was from isn’t relevant. What is important is that human life was taken on our city streets after three months of violence, assaults, rioting, and destruction of property.

Our elected officials statewide and locally have not collectively and unconditionally condemned the violence. Instead, they have found every way possible to blame others, whether it be the President, the federal officers, or our local police officers. Blaming others for your own failed policies is not leadership. Leadership requires taking responsibility for your own actions and failures.

Our City was set up for a tragedy like Aaron Danielson’s murder by policies that handcuffed Portland Police from using all the resources at their disposal to stop the rioting. Those failed policies also included vilifying and demonizing the police, while turning a blind eye to the acts perpetrated by organized anarchist groups, threatening the lives and livelihood of Portland residents and business owners.

From the day he was sworn in, Chief Lovell has not received any real support from the City Council. The Commissioners promptly cut $15 million out of the PPB budget and cut almost 85 sworn officer positions, including the Gun Violence Reduction Team (GVRT), school resource officers, and officers in the Tri-Met Division. City Council also has forced a hiring freeze, even though we are facing record numbers of officers retiring in August and even more predicted to retire in January 2021.

With a record number of shootings and homicides in July and August and the nightly violence, rioting, and assaults during protests, it is evident that our elected officials have made critical mistakes that have cost lives and resulted in injuries, destruction of property, and chaos in the City of Portland. Residents are fearful of traveling downtown. They hear gunshots nightly in their neighborhoods. And the rioting has reached into the residential neighborhoods of each of the PPB Precincts, as well as the neighborhood of the PPA office.