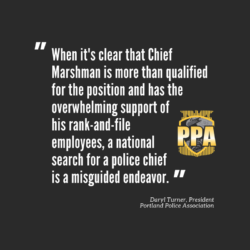 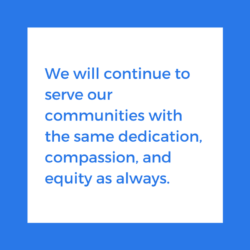 Obviously, we are all shocked by the turn of events, with being notified that Chief Marshman was put on administrative leave. This does not affect the way we do our job as the rank and file of the Portland Police Bureau; we will continue to serve our communities with the same dedication, compassion, and equity[…] 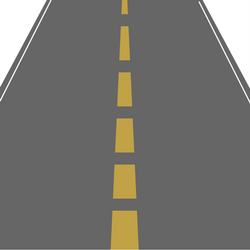 Last Thursday night an entire nation watched Dallas Police officers rush toward gunfire to protect and aid protesters caught in the crossfire. Twelve officers were shot. Five officers made the ultimate sacrifice without regard to the race, creed, color, gender, religion, or sexual orientation of the people they were protecting. This past Sunday, over one[…] 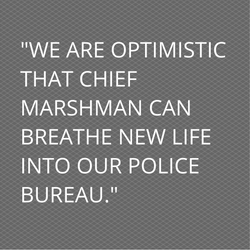 A dark cloud has been lifted from over the Portland Police Bureau with the much needed departure of Larry O’Dea and arrival of Mike Marshman as Interim Chief of Police. The rank and file who patrol our streets, investigate crimes, and build relationships in the community can breathe a sigh of relief. For the past[…]