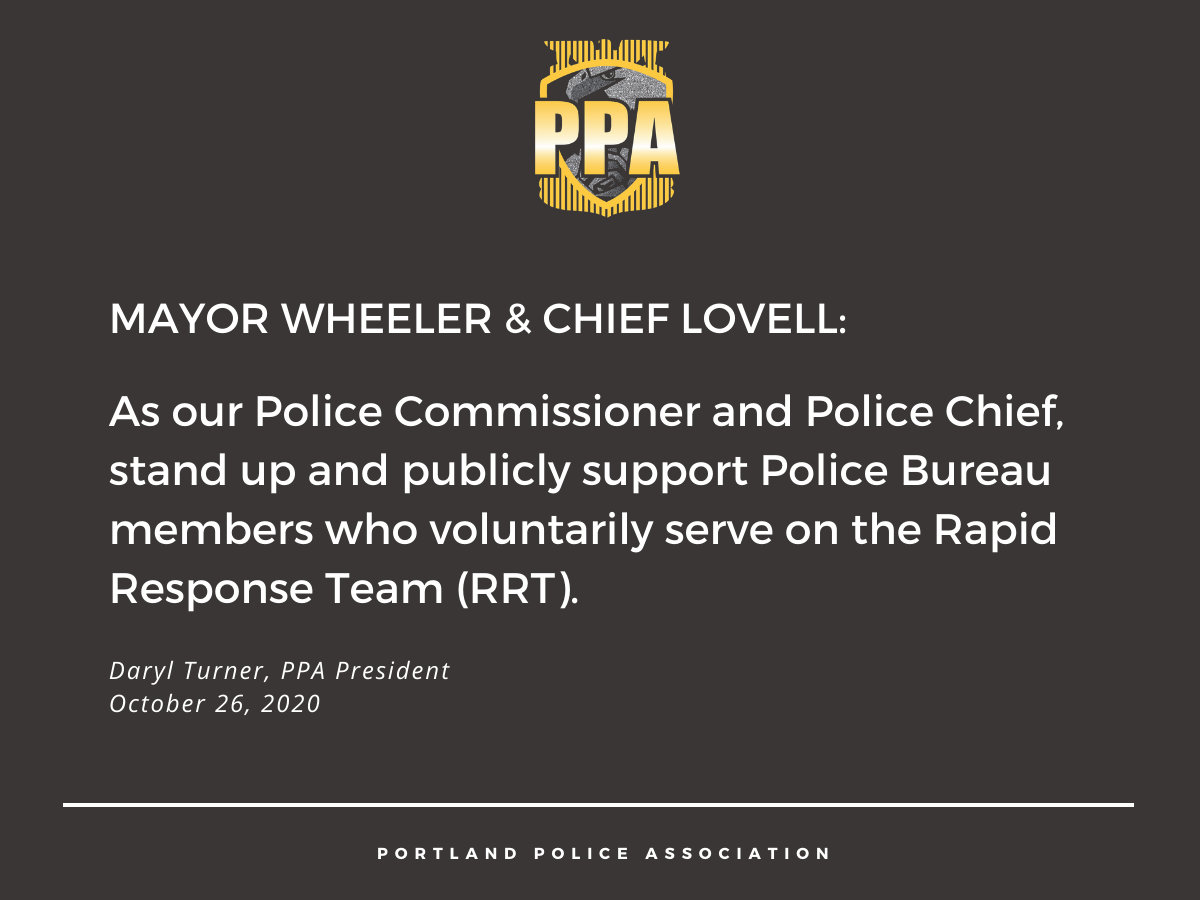 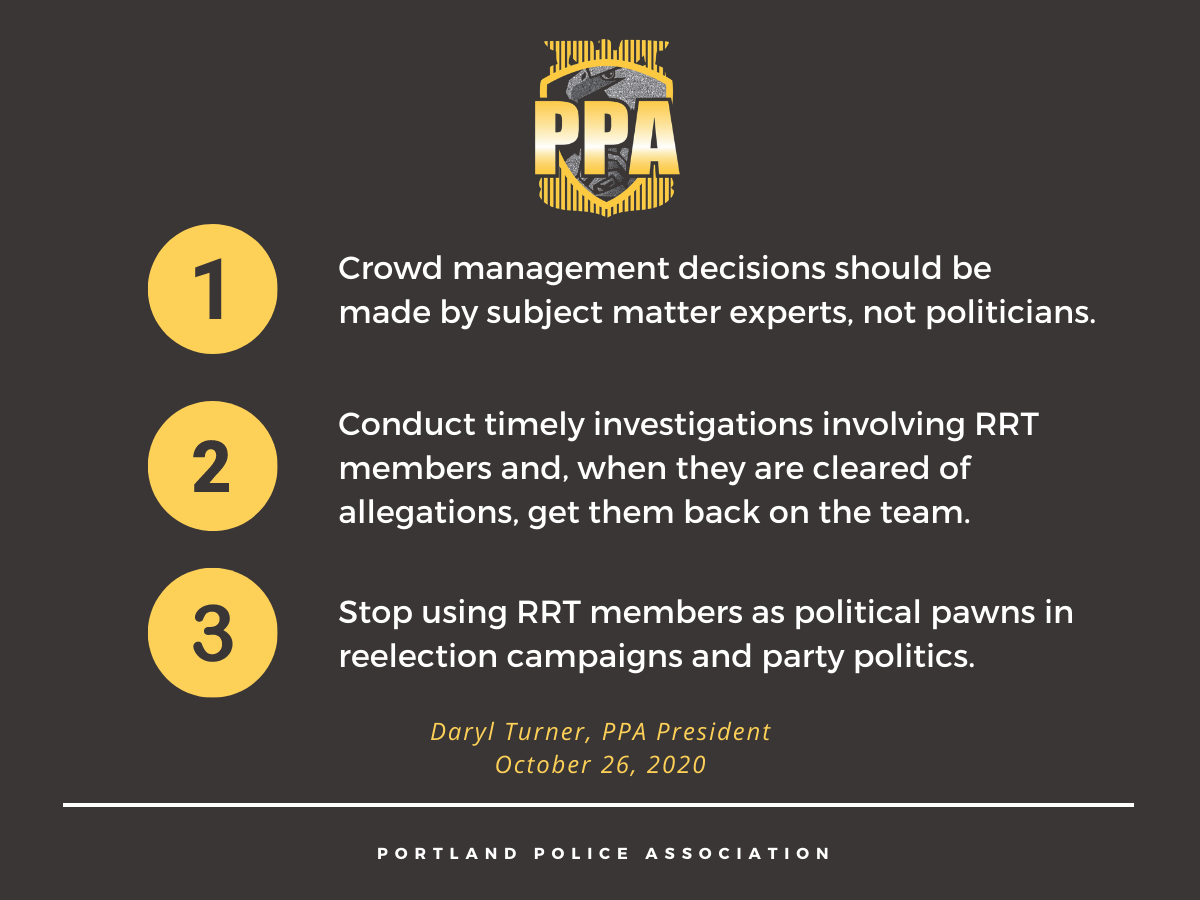 As our Police Commissioner and Police Chief, stand up and publicly support Police Bureau members who voluntarily serve on the Rapid Response Team (RRT).

On almost a nightly basis for the past five months, members of RRT have been on the front lines of keeping our city safe as many protest events have escalated into lawless riots filled with looting, arson, property damage, physical violence, and even murder.

Our RRT members are volunteers who receive and apply specialized training to manage crowd and protest events safely and effectively with as little force as practical. Although other police agencies regionally and nationally compensate their officers with premium pay to acknowledge their specialty training and experience, our RRT members serve without any such specialty pay. They are truly volunteers who step up to protect our residents, our community, and our city.

But our RRT members do not volunteer to have Molotov cocktails, fireworks, explosives, rocks, bottles, urine, feces and other dangerous objects thrown at them. Nor do they volunteer to have threats of rape, murder, and assaults on their families hurled at them. They do not volunteer to suffer serious injuries, to be subjected to warrantless criticism and false allegations by elected officials, or to suffer through baseless complaints and lengthy investigations devoid of due process.

Our RRT members are exhausted and injured. The only glue holding their team together is their integrity and commitment to serve their city. They deserve better.

There are straightforward steps that can be taken to ensure our RRT team members are able to do their jobs. First, crowd management decisions should be made by subject matter experts, not politicians. For months, we have seen politicized decisions about which police tactics and tools to deploy during demonstrations. Those politicized decisions put RRT member safety and
public safety at risk. Banning reasonable police tactics and less lethal tools only serves to escalate police action and force, rather than allowing RRT to use lower levels of force to control
unlawful activity. Remove politics from police operations. Allow RRT supervisors, who have the most training, experience, and knowledge about crowd control, to manage these events unencumbered by shifting political winds.

Third, stop using RRT members as political pawns in reelection campaigns and party politics. These officers find themselves in a no-win situation. They are told to stand down and only
intervene when things have gotten so out of control that they have no other option than to use high levels of force to regain control of unlawful demonstrations. They are criticized for their
perceived inaction on the front end and are criticized for their inevitable use of force on the back end. They can’t win because of the position others have put them in.

You can fix this. Leadership requires making difficult decisions. But those decisions are defensible, right, and easy when they are made with the safety of our officers and communities
in mind.