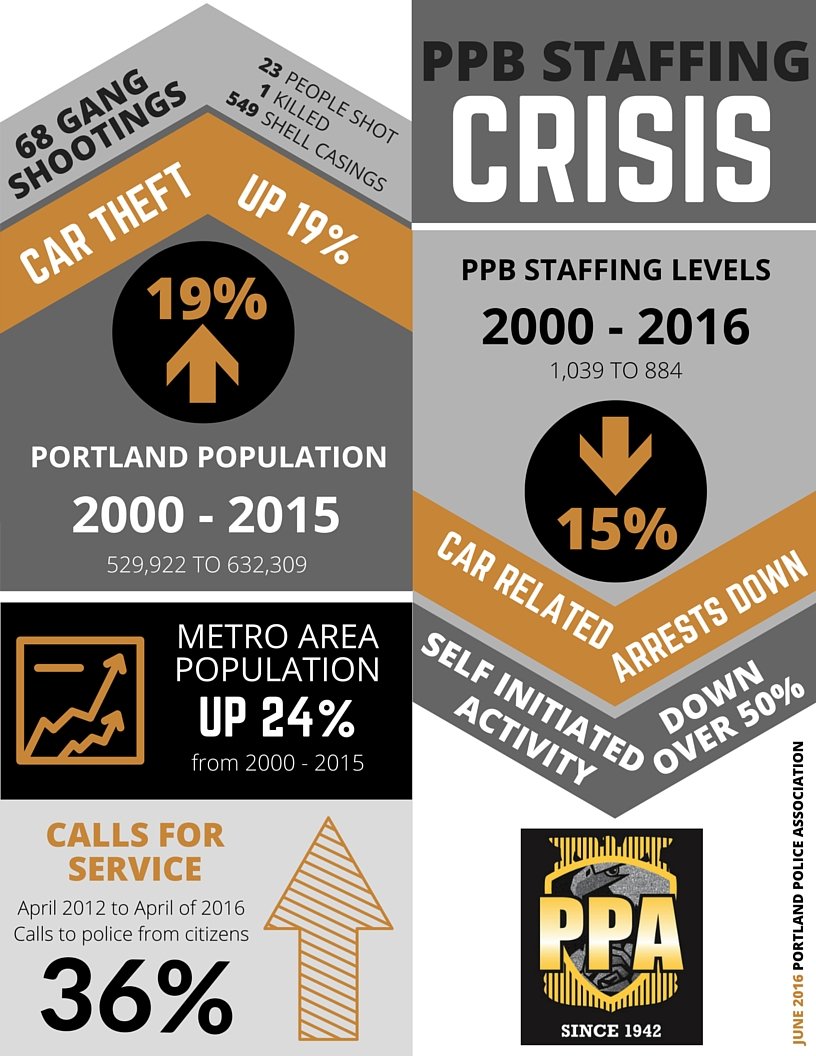 Without a doubt, low morale amongst the rank-and-file in the Police Bureau has a significant, negative impact on our work within our communities. We’re frustrated because catastrophically low staffing levels prevent us from proactively engaging the public, proactively preventing crime, and from investigating and solving crimes expeditiously. Within the last five years self initiated activity is down more than 50% while calls for service have increased by 36%.

For the first time in my 25-year career, I’ve seen a disturbing trend of Portland Police Officers actively seeking employment elsewhere. Although the Portland Police Bureau is the largest police agency between Seattle and San Francisco, our rank-and-file officers and investigators no longer view it as the crown jewel law enforcement agency in the State of Oregon. Better compensation and benefits are being offered by neighboring agencies specifically intended to resolve other police departments staffing issues. Morale is dangerously low. Our officers and investigators are stretched too thin.

The problem is simple: we are short-staffed.

The solution is also simple: we need to increase Police Bureau staffing by retaining our current crop of quality rank-and-file employees, by recruiting lateral officers who can be street ready in 12 month, and by hiring new recruits that carry on the tradition of service to the communities of Portland.