May 29, 2020, marks the beginning of protests in the City of Portland sparked by the killing of George Floyd in Minneapolis, Minnesota. Communities, including the law enforcement community, have collectively expressed our outrage and anger of the blatant disregard for life by a police officer whose job it was to protect and serve. The 8 minutes and 46 seconds of video shocked the nation. The public immediately and rightfully demanded police reforms to ensure that what happened to George Floyd never happens again and to safeguard the treatment of black and brown people by law enforcement—to ensure racial equity, social justice, and fairness be guaranteed through changes in policy, training, recruitment and funding of law enforcement departments nationwide.

True leadership is looking at how to make meaningful change without putting community safety in jeopardy, it is working collaboratively and evolving to meet the public safety needs of our City.

Mayor Ted Wheeler, in lockstep with Portland City Council, made drastic cuts to the Portland Police Bureau budget for the 2020-2021 fiscal year starting July 1, 2020. The Gun Violence Reduction Team (GVRT) was on the chopping block and has been disbanded. Mayor Wheeler called it a “work in progress” but the experiment has proven a failure with deadly consequences.

The GVRT’s primary assignment was to essentially handle gun violence; they were dispatched to crime scenes when shots were fired, canvassed the neighborhood, contacted witnesses, looked at security footage, and tracked down forensic evidence. Perhaps, most importantly, they also worked to build and develop relationships within the community to help stop future crimes from happening. The GVRT was formed with the merging of the Gang Enforcement Team, the Metro Gang Task Force, and the Gun Task Force.

This hybrid approach has been a nationwide model for curbing gun violence through proactive policing, using technology and unique intelligence-gathering philosophies, and building relationships, partnerships, and friendships in the community. The GVRT has taken hundreds of guns off the streets, responded to hundreds of gang-related shooting scenes, and solved tens of dozens of homicides and assaults and attempted murders and attempted assaults. They have been the Portland Police Bureau’s driving force behind keeping the number of shootings down. They were trusted by community members as a conduit of information related to gang violence in the City of Portland.

When Mayor Wheeler announced that he would disband the Bureau’s GVRT, he said he didn’t know exactly what the dissolving of the GVRT would look like.

We are now a month into it, and here’s what it looks like: 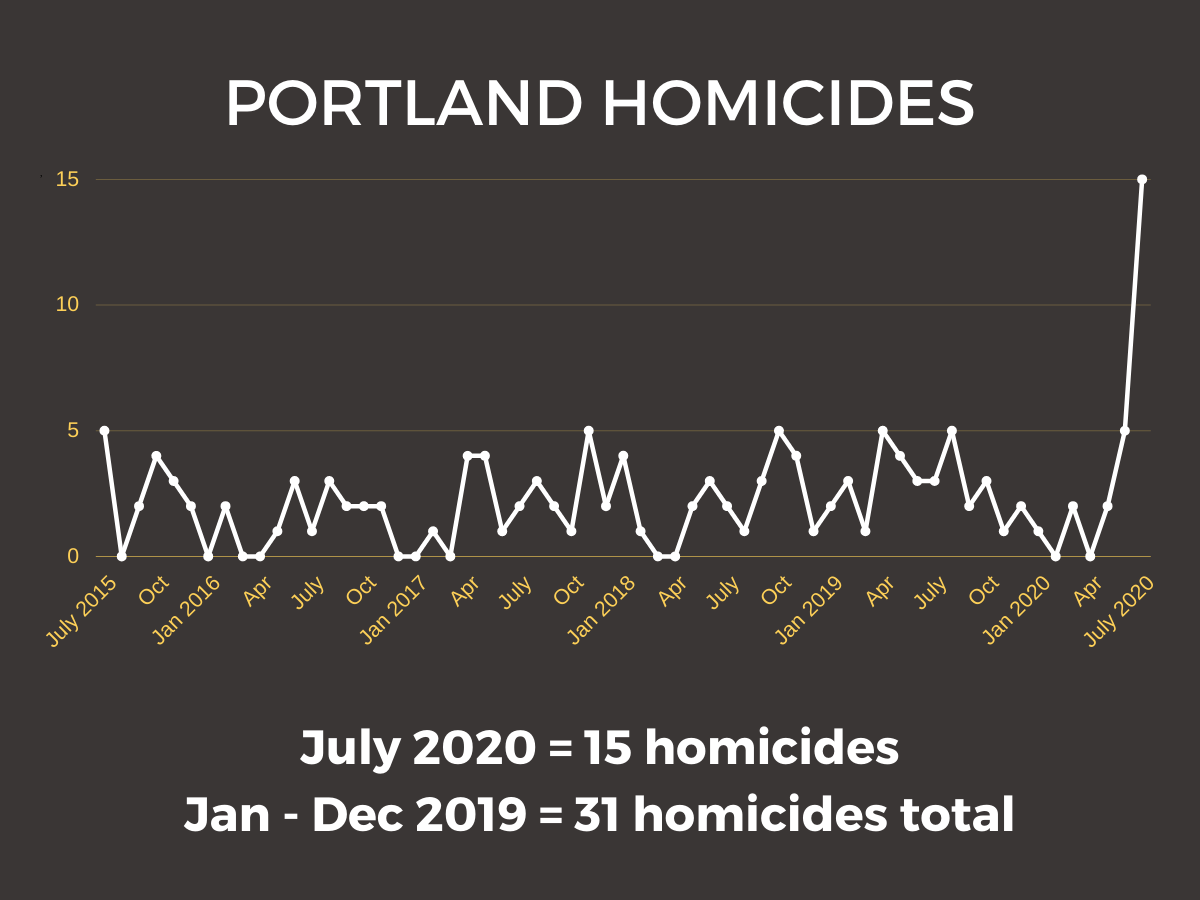 It is time for the Mayor to support the Portland Police Bureau and the community and fully reinstate the GVRT before more blood spills on our streets. It is time for City Council to set aside their self-serving agendas and egos and correct this terrible wrong before more die from this senseless violence. It is time for our elected officials to keep Portlanders safe and stop the knee-jerk reactions that look progressive when, in fact, they could be costing lives. And it is time for our leaders to consider that statistics do not matter when mothers, fathers, brothers, sisters, sons, and daughters are being gunned down in unprecedented numbers. The dissolution of the GVRT left a void, the result of which is a rise in shootings; to pretend otherwise is negligent.

It is crucial to recognize when a mistake is a mistake, to learn, and then to change course and move forward and be better. Policing is ever-evolving along with the needs of our diverse communities. We are committed to a partnership for police reform and change. But when cutting costs is costing lives, it’s a mistake.

The facts are in and it is time for a course correction. Portland deserves better, our communities deserve better, and our Police Bureau deserves better.