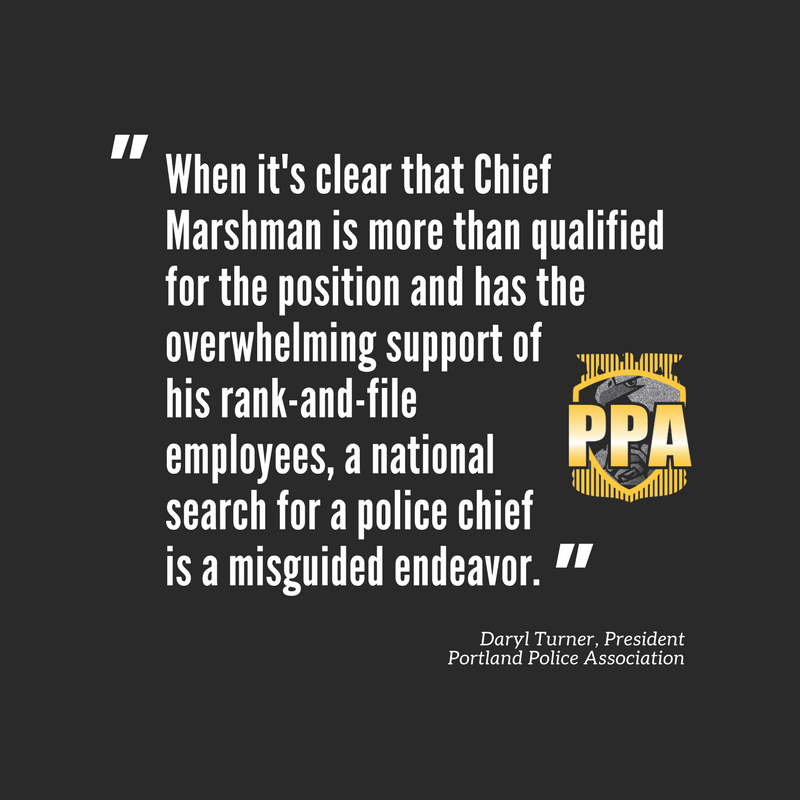 Rank-and-File Weigh In on the National Police Chief Search

Mayor Wheeler has widely publicized his national search for a new Portland Police Chief. Mayor Wheeler is actively seeking input about what the community wants to see in a Police Chief. But City Hall has not actively sought input from the rank-and-file Police Bureau members who work hard every day to keep our City safe. That’s concerning.

We welcome community input; after all, we swear an oath to protect and serve all Portlanders. But we need to hear from the rank-and-file; their opinion counts. The Portland Police Association surveyed our members to evaluate the performance of Portland’s current Police Chief, Mike Marshman. We also sought our members’ opinion on how the Police Bureau would be impacted if the Mayor replaced Chief Marshman with a new chief from another agency.

We conducted a survey of the PPA’s membership. Of our 849 members, 84% (712) responded to our survey. The results are clear:

Daryl Turner, President of the Portland Police Association, observed, “When it’s clear that Chief Marshman is more than qualified for the position and has the overwhelming support of his rank-and-file employees, a national search for a police chief is a misguided endeavor.”