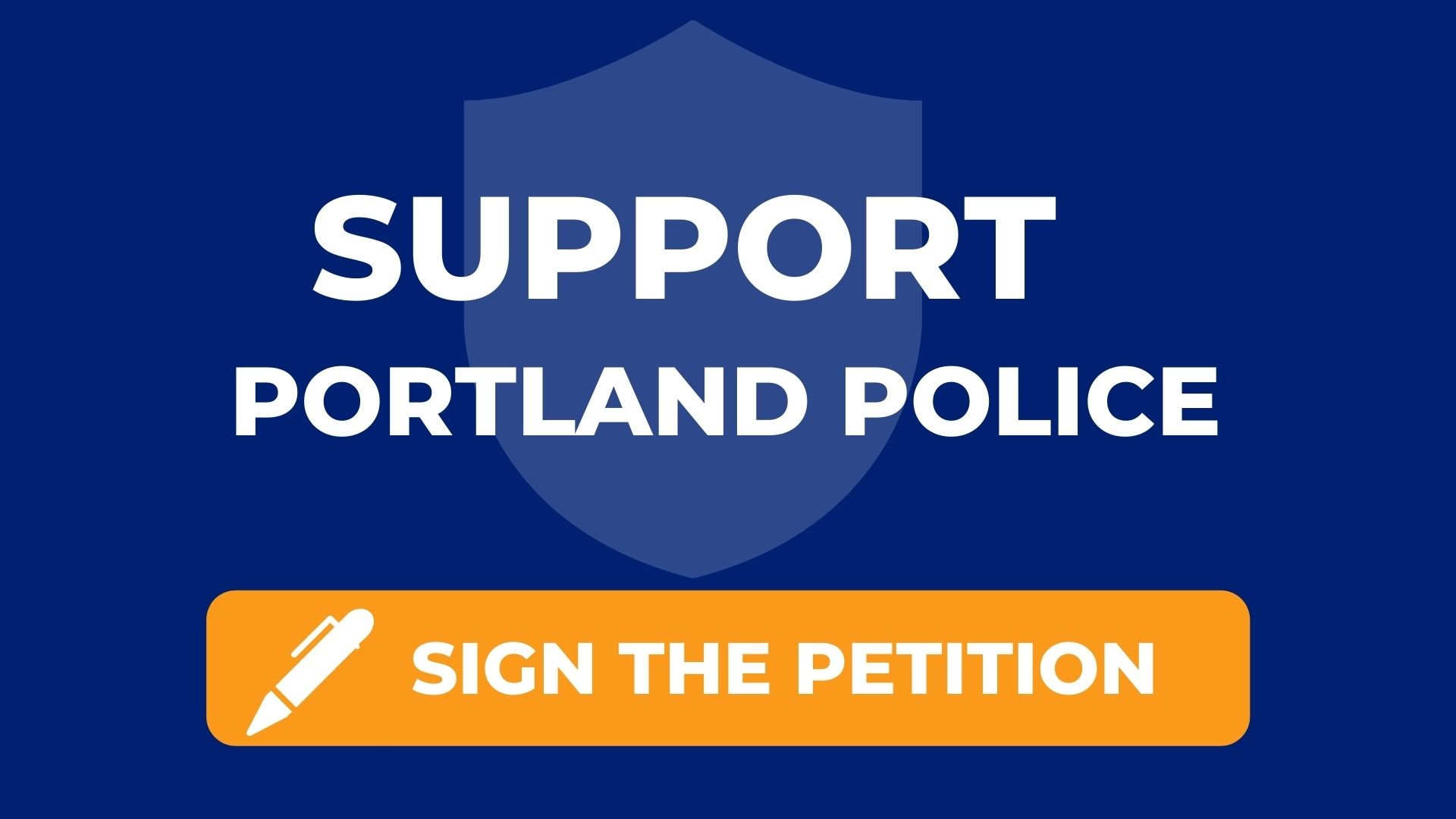 The City of Portland is at a crossroads. Many peaceful protests calling for racial equity and police reform have devolved into nightly riots, looting, burning, assaults, and even murder. Catastrophically thin police staffing and resources have been stretched even thinner with the Portland City Council’s recent, knee-jerk decision to defund the Portland Police Bureau of $15 million in needed resources, resulting in nearly 85 lost police officer positions and the shuttering of vital community policing teams like the Gun Violence Reduction Team.

“Our Portland Police officers are dedicated public servants,” said Daryl Turner, Portland Police Association President. “They are mothers, fathers, sisters, brothers, daughters, and sons. They are culturally diverse. They are LGBTQIA+. They are humans. They are members of our Portland community who embrace the continual evolution and improvement of the profession of policing.”

It is time to support our police officers and public safety. Voice your support for reasonable and constructive police reform, and equal treatment for all, including the police officers who protect and serve our communities.

Sign the petition at protectportland.com to support the Portland police and stop defunding the Portland Police Bureau.