Tomorrow, City Council will take up a vote on the Portland Police Bureau budget. Some will describe it as redirecting money away from police to other city services. But let’s speak the truth. This is a vote to lay off police. 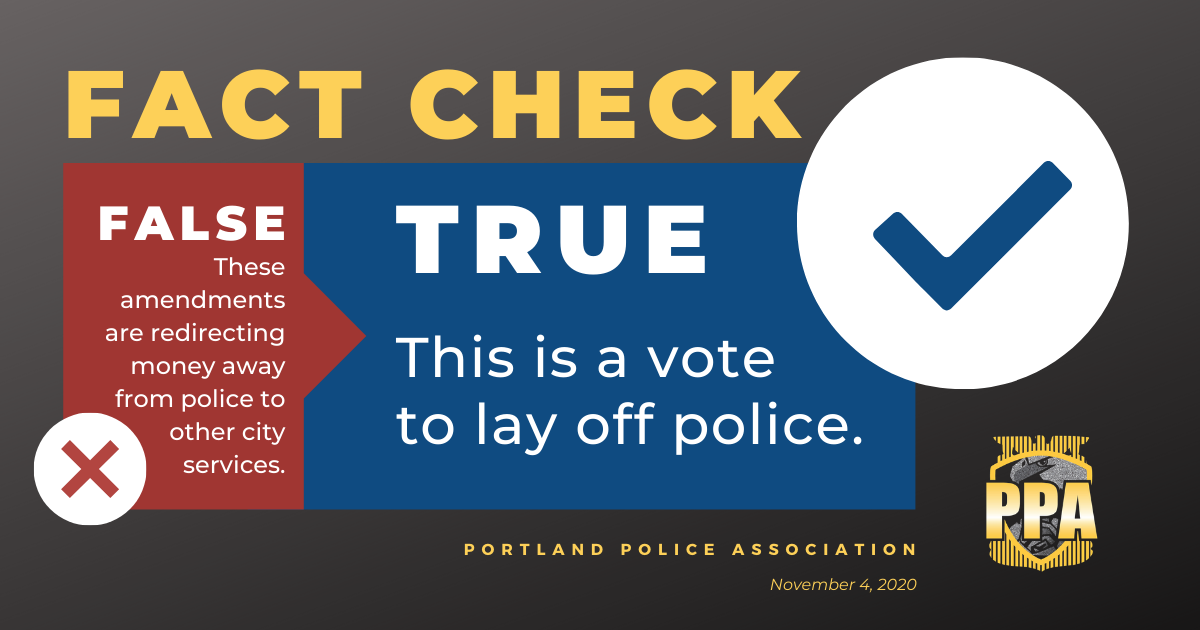 Some have said that the $18 million budget cut won’t result in layoffs.

“This budget cut would not require a single reduction in current personnel. It would require the bureau to cut vacant positions. Whether you support this amendment or not, please understand this will not result in less police officers.” 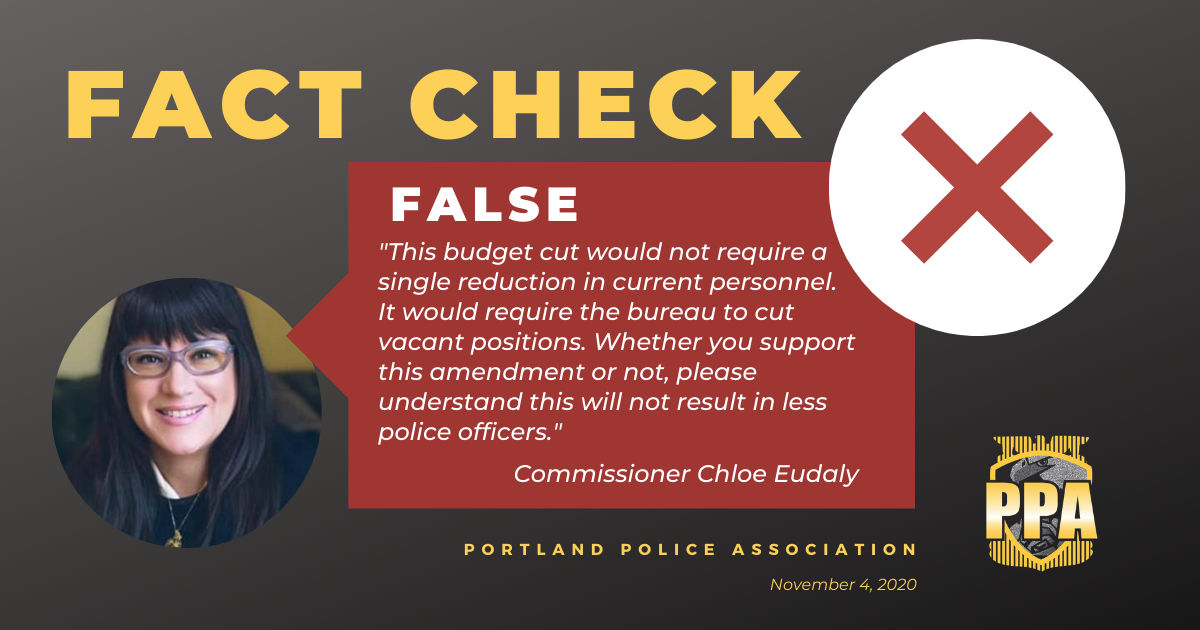 That’s false. Here are the facts:

It’s projected that up to 120 police officers and 30 non-sworn police staff will be laid off if Council approves this budget cut. 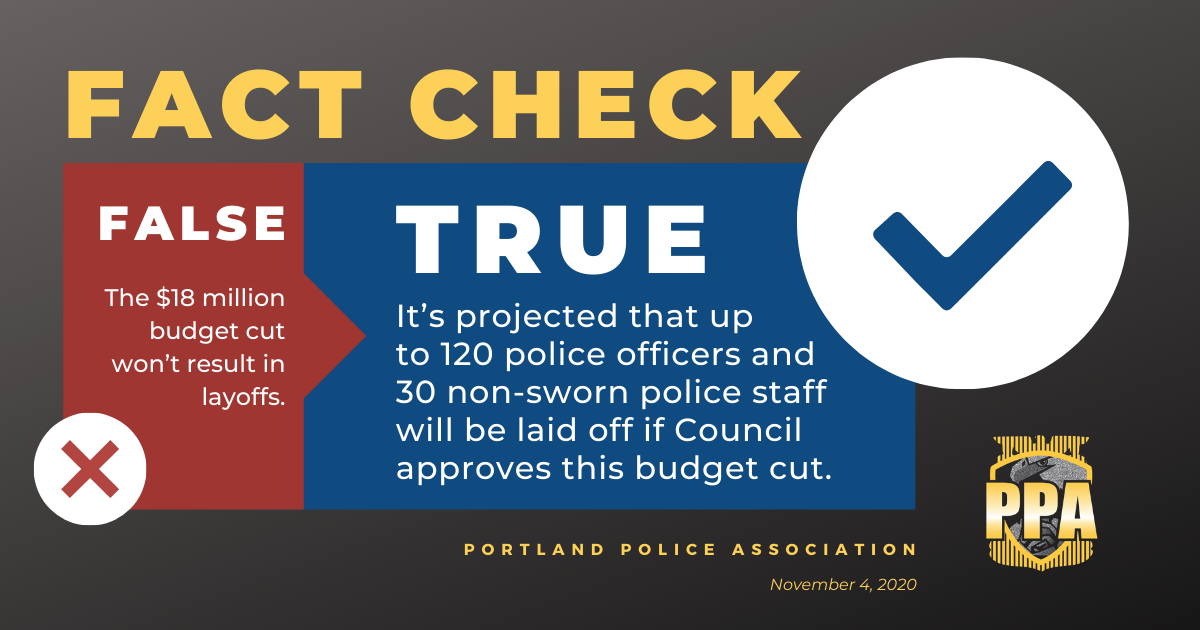 $18 million isn’t being “redirected.” Up to 150 Police Bureau employees will be laid off.

Some have said that the Police Bureau’s budget is bloated. That’s false. Here are the facts: 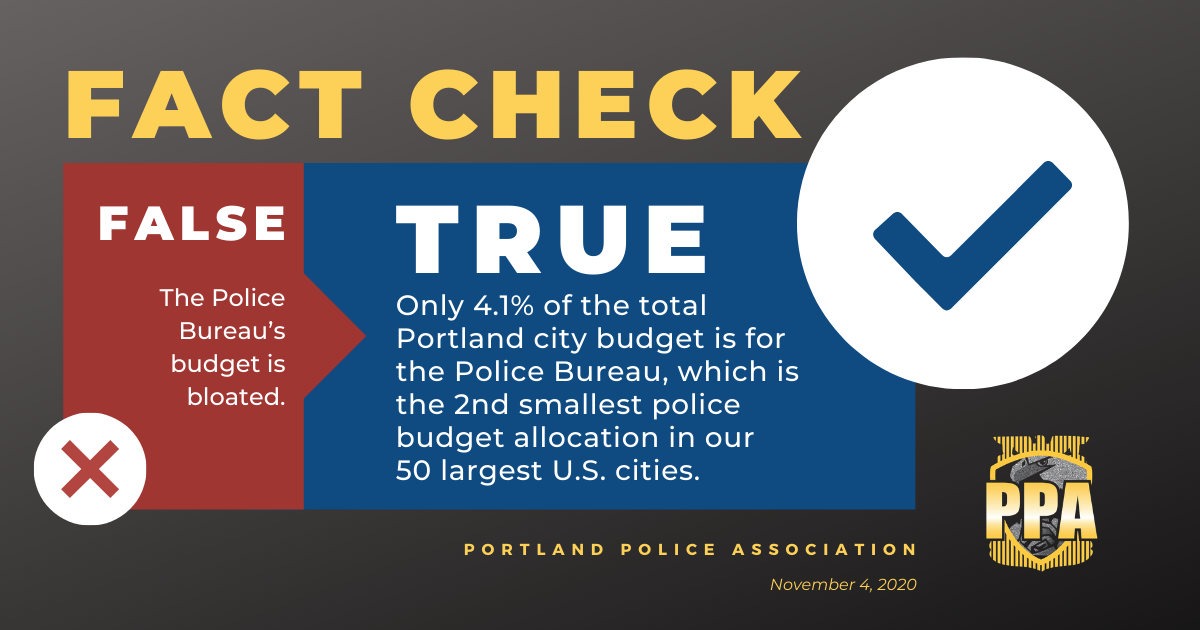 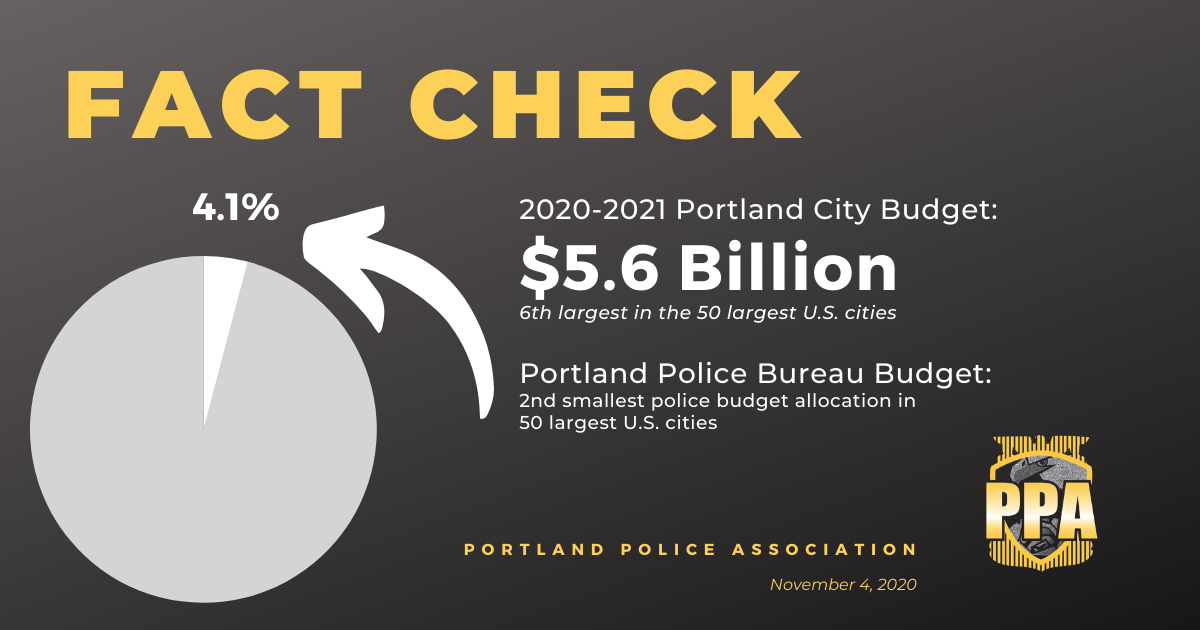 The Police Bureau’s budget isn’t bloated. It’s starving and public safety in our communities is being affected.

Commissioner Jo Ann Hardesty has consistently spearheaded efforts to defund the police. She lied about police officers setting fires to incite riots. She calls for police accountability but stands opposed to body cameras. She hasn’t been able to get her 2-person Street Response team running a year after it was approved by Council. She wants to control public safety in our City but who holds her accountable for her words and actions?

The members of the Portland Police Bureau want to serve this community and make the neighborhoods safer for every Portlander in this city. We cannot provide the lifestyle the community expects and deserves without proper funding.