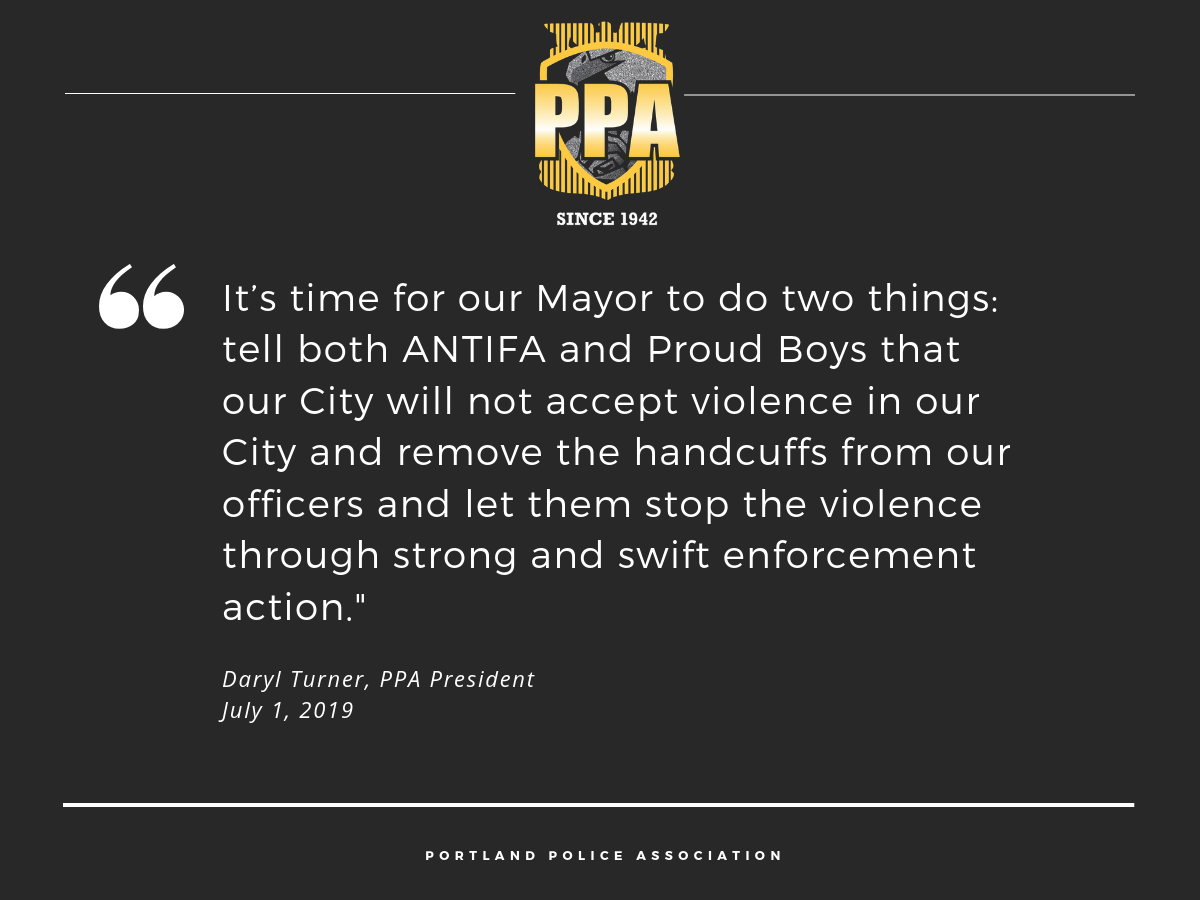 It doesn’t matter if our citizens are democrats or republicans; no one should be attacked in the streets of our city. Good leadership means taking the reins and stepping forward to let people know when there is wrongdoing. The law is applicable no matter which side you’re on.

Where are the voices condemning the lawlessness and violence? If this violence had been directed at Antifa, there would have been an immediate call for an independent, outside investigation. This is a perfect example of Portland politics at work and why our great City is now under fire in the national news.

The Mayor, our Police Commissioner, is not allowed to use the rank and file officers of the Portland Police Bureau as a shield to deflect Portland’s negative press nationwide. As we have said before and will continue to say: Police officers work to uphold the Constitution, including the right to free speech. It’s our job to ensure that our community can peacefully protest without fear of violence but right now our hands are tied.

It’s time for our Mayor to do two things: tell both ANTIFA and Proud Boys that our City will not accept violence in our City and remove the handcuffs from our officers and let them stop the violence through strong and swift enforcement action. Enough is enough.