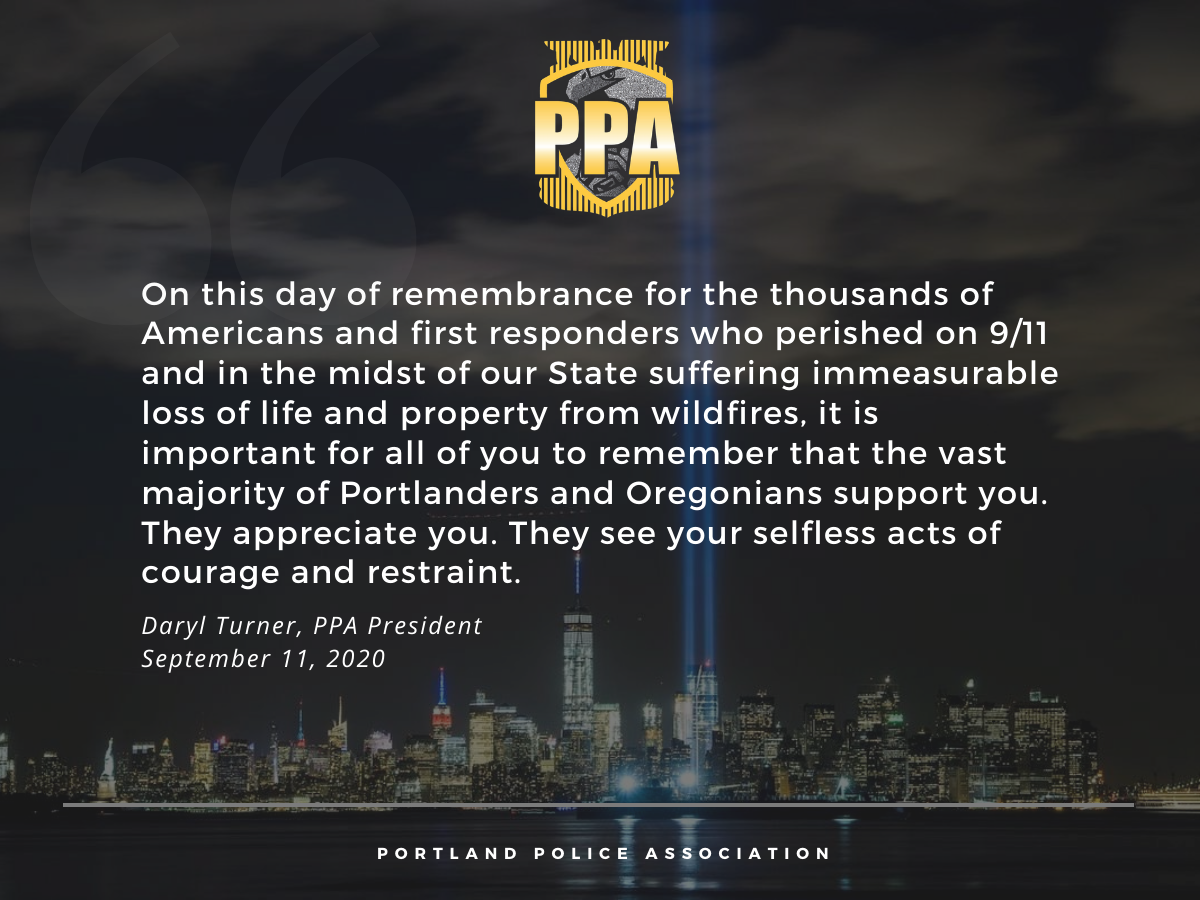 Yesterday, Mayor Wheeler banned PPB’s further use of CS gas a policing tool for crowd dispersal where life safety — including officer safety — is being threatened by violence. Chief Lovell and the Portland Police Bureau have adamantly voiced their disagreement with the Mayor’s decision. Even the Oregon State Police called the Mayor’s decision “reckless and short-sighted.”

This ban will blow up in the Mayor’s face. What he does not seem to understand is that the CS ban will force officers to use more impact munitions and use more physical force to disperse crowds. His decision hurts community safety and impacts officer safety. In response to the Mayor’s reckless and short-sighted decision, the PPA filed a grievance earlier this morning in an effort to protect the communities we serve and officer safety when riots and violence occur in our streets.

On this day of remembrance for the thousands of Americans and first responders who perished on 9/11 and in the midst of our State suffering immeasurable loss of life and property from wildfires, it is important for all of you to remember that the vast majority of Portlanders and Oregonians support you. They appreciate you. They see your selfless acts of courage and restraint. Don’t get distracted by political posturing of elected officials, whether it be Ted Wheeler, JoAnn Hardesty, or whomever else tries to use policing and community safety for their own political ends. Let me and the PPA fight those political fights. Take care of yourselves, your families, your community, and each other. Keep focused on what you do best: protecting and serving our communities.