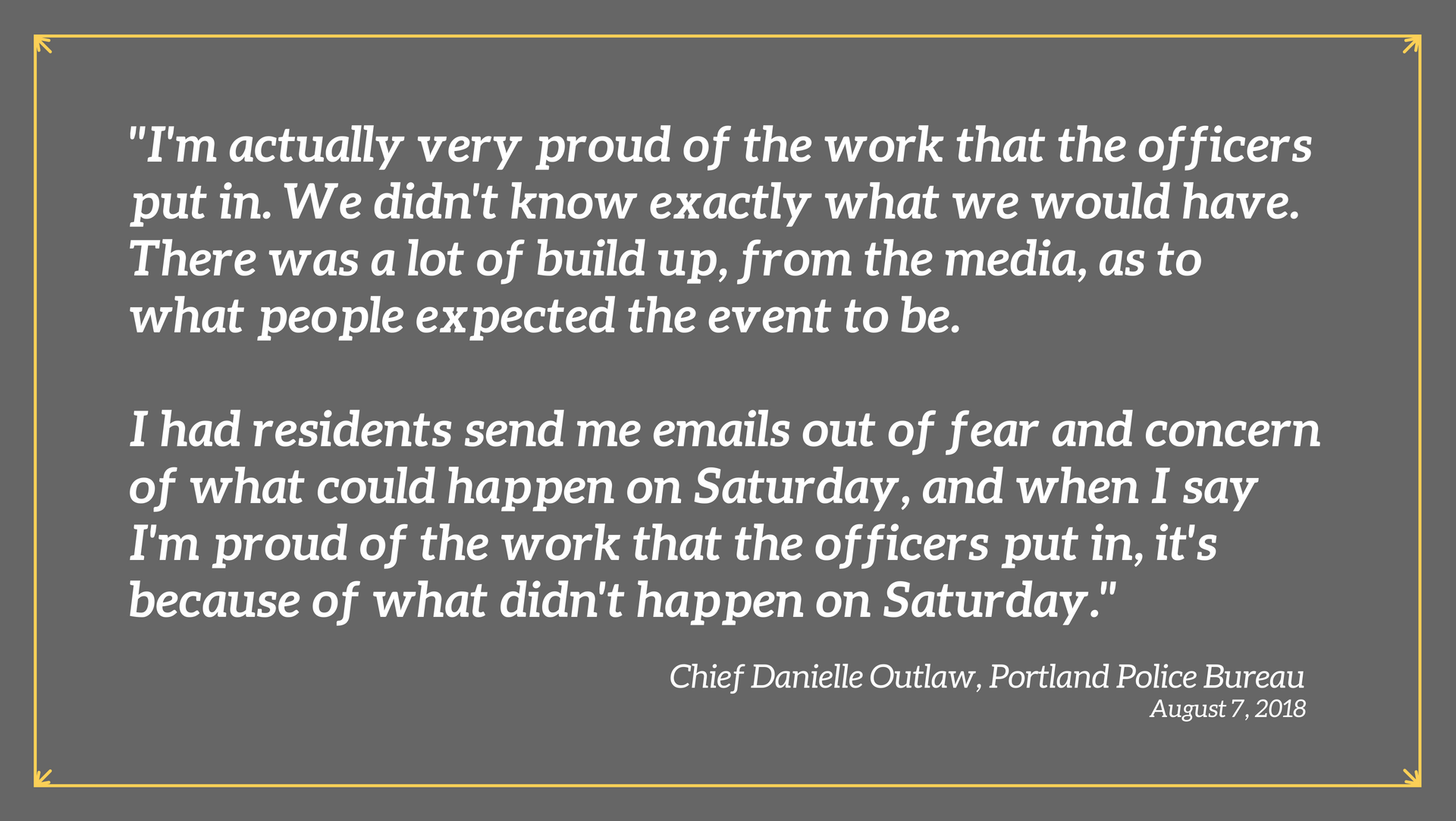 Like many Portlanders and Oregonians, I anticipated that last Saturday’s protest in Waterfront Park would become a more dangerous and volatile situation than it did. I’m thankful that our officers were there to maintain general public safety and, to the degree possible, provide a safe venue for those who truly sought to peacefully protest.

Much of what we saw last weekend on our waterfront was far from Dr. King’s peaceful approach to fighting back hate. I deplore the thought of hate speech and racist rhetoric openly advertised on the streets of Portland. However, we are sworn to protect the Constitution of the United States. What we saw on Saturday was violent behavior. And it was that behavior that prompted police action—and rightly so.

To those officers who endured violent behavior and took prompt action to maintain public safety: thank you. I also want to thank Chief Outlaw for her message supporting the work that the officers put in on Saturday and calling out those individuals who threw rocks, bottles, explosive devices, and bio-hazards. Her comments to local media were informative and explained how those in the crowd who were committing acts of violence dictated our police response. The tactics and strategies used prevented a potentially catastrophic outcome to a situation that grabbed media attention nationwide.