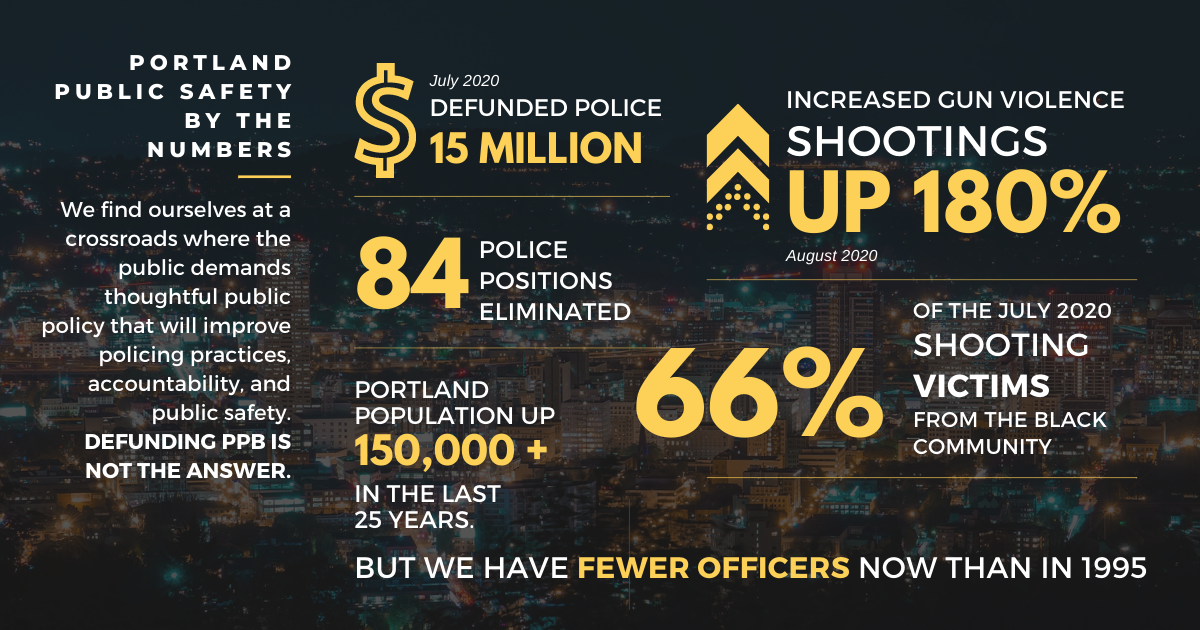 We find ourselves at a crossroads where the public demands thoughtful public policy that will improve policing practices, accountability, and public safety. Further defunding of the Portland Police Bureau during the Fall BMP will not meet those community demands.
As you are well aware, City Council defunded PPB by approximately $15 million earlier this year, resulting in the elimination of 84 police positions and vital community safety policing teams. The city’s population has grown by 150,000 since 1995, yet we have fewer police officers now than we did in 1995. Defunding PPB and reducing staffing levels have had very real and detrimental impacts on our community.

Defunding PPB has resulted in increased crime and gun violence on our streets. In July 2020, we saw 15 homicides and 99 shootings in the City of Portland, up nearly 500% and 300% respectively compared to July 2019. This deadly trend continued into August 2020, with 116 shootings in the City, up 280% compared to August 2019. Six of the seven homicides in August were the result of gun violence. Through August 2020, we have seen a 180% increase in shootings from 2019, with 483 shootings so far this year.

Defunding PPB has hurt our communities. We support peaceful protests and the right to speak freely. We denounce the killing of George Floyd. We also denounce violence during free speech events that has resulted in physical assaults and even murder. We denounce looting, burning, and destroying local businesses, neighborhoods, and public safety facilities. Crime has cost our City millions and has hurt livability.