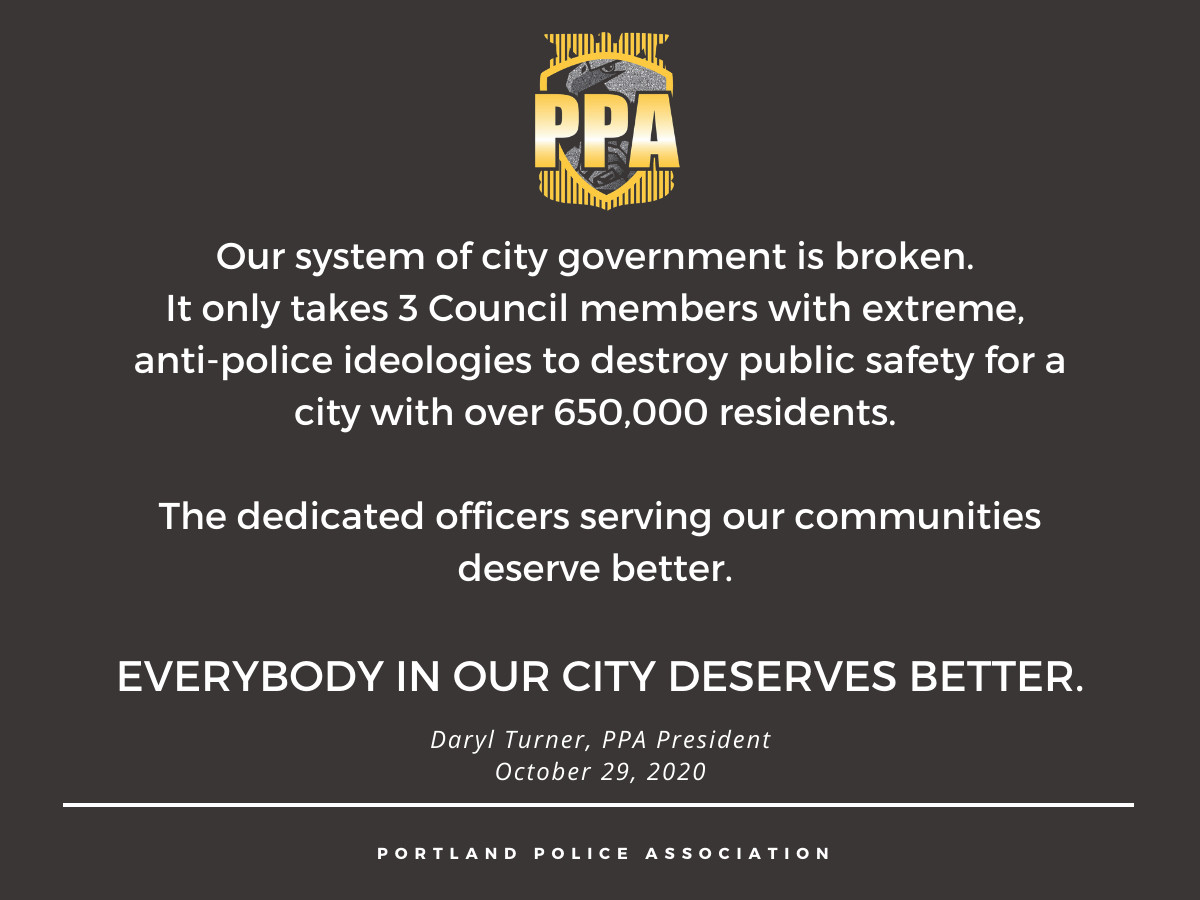 We’ve already been defunded by $15 million. Another $12 million has been lost to COVID cuts. That’s $27 million gone.

What do we have to show for it?

So, what’s next? In the most misguided move possible, City Council may take even more from the Police Bureau. $18 million more.

Who loses? Everyone. Especially crime victims.

Who will bring justice for the family whose loved one is killed in a senseless act of violence?

Who will bring justice to our wives, sisters, and daughters who are brutally assaulted?

Who will be there to answer the call when someone’s home — their sanctuary — is broken into and trashed?

Who will be there to answer the call when a small business owner has lost everything to thieves?

Who will be there to answer the call when the only mode of transportation is stolen from the worker just barely getting by during a pandemic?

Who will be there to answer the call when the most basic of needs — public safety — is at risk?

Who will be there to answer the call when the fabric of our social contract that guarantees us basic safety in our daily lives is torn to shreds?

At this rate, no one.

It is disingenuous and misleading for any person – including Commissioners Hardesty and Eudaly – to claim that their desired budget cuts will not reduce police staffing. Of course it will. Not only will we lose the 126 positions waiting to be filled with new hires, but we will also surely suffer layoffs of tenured police officers when the Police Bureau has to balance its budget with 45 million fewer dollars.

By our estimation, we would suffer catastrophic layoffs. Over 120 sworn officers – the newest, most diverse officers who have the entirety of their careers serving the City in front of them – would be laid off. We need to reflect on what that means because will ruin public safety and livability; it will ruin our City.

Our system of city government is broken. It only takes 3 Council members with extreme, anti-police ideologies to destroy public safety for a city with over 650,000 residents. The dedicated officers serving our communities deserve better. Everybody in our city deserves better.