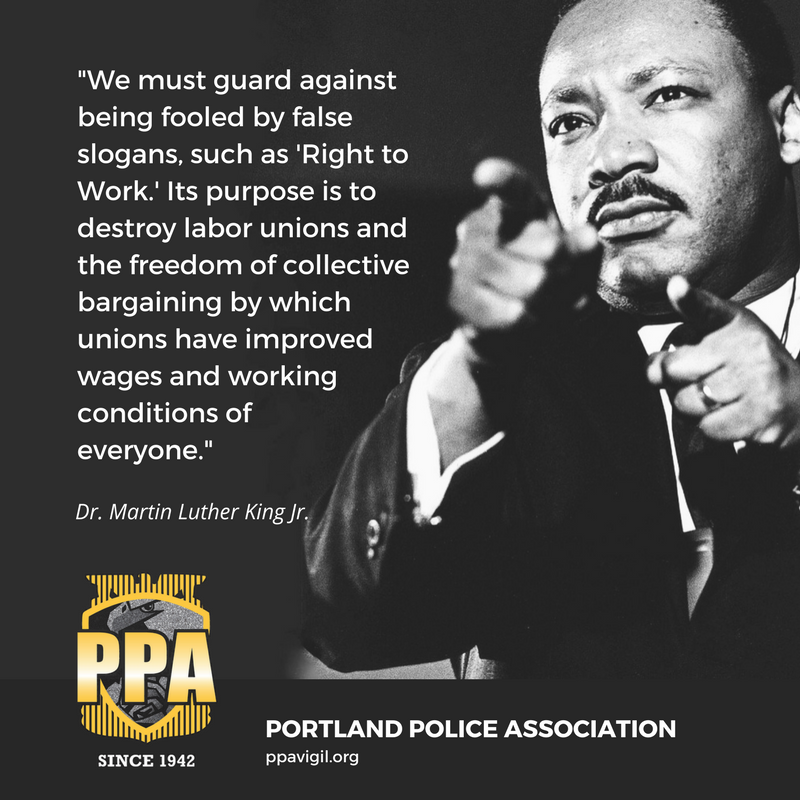 The Martin Luther King Jr. holiday on Jan. 20, 2020, marks the 25th anniversary of the day of service that celebrates the Civil Rights leader’s life and legacy. Although Dr. King was best known as a civil rights leader who advocated and exercised the nonviolent protest movement, he was also a strong advocate for labor unions. In fact, at the time of his assassination, Dr. King was in Memphis, Tennessee supporting 1,300 African American sanitation workers and their right to organize a union with collective bargaining rights and the ability to collect union dues.

Dr. King was a visionary ahead of his time with his commitment to equality for all; in the workplace, in our communities, and in our nation. His legacy is an inspiration.