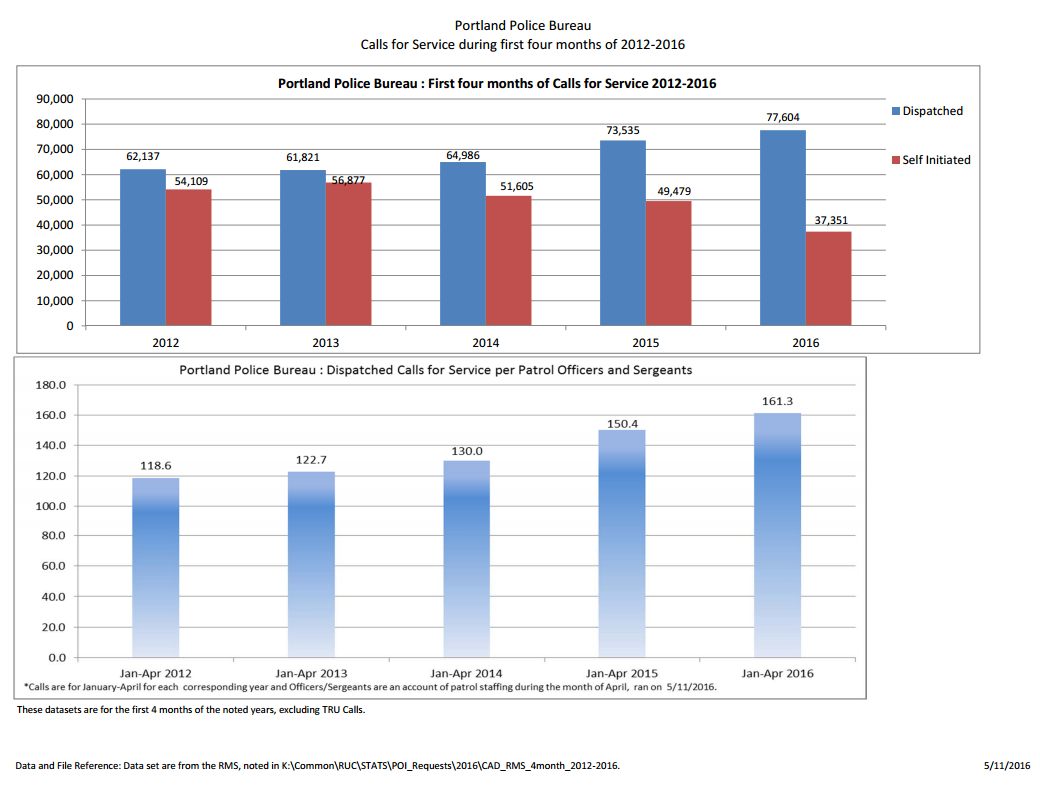 The correlation between critically low staffing levels and self-initiated activity is obvious; self-initiated activity by officers makes our streets, our schools, and our communities safer by lowering the rate of person and property crimes. With the current staffing level shortage at the Portland Police Bureau, there just aren’t enough officers to provide the quality, community minded, proactive policing our city deserves.

Crimes of opportunity like gang violence, burglaries, drug and alcohol related incidents, and car theft are rising and our staffing levels are the lowest they’ve been in over 30 years. Fewer officers with a record increase in calls for service means slower response times. With our current inadequate staffing levels and Mayor Hales’ proposed incentives for increasing retention and recruitment uncertain, it’s not difficult to imagine a time in the near future where officers can’t even perform the basic function of a police agency.

Today, the Bureau management agreed to changes that, in theory, will allow for more officers on the street. While we aren’t certain of the implementation of these changes, it’s obvious that the resources and services we provide the community will be drastically reduced. Nonetheless, our priority remains the same – to respond to calls for service, investigate crime, and to protect and serve the community with the dwindling resources that we have.

These proposed changes in staffing and resources will only postpone the unacceptable, inevitable outcome which is fewer resources to protect the communities we serve at home, in our schools, on the city streets, at public transportation hubs, and in the business community. Until the Bureau can retain our current rank and file and effectively recruit new hires – both lateral and new officers, we’re fighting an uphill battle, the Portland Police Association will continue to be a voice and advocate for the safety of our citizens, our officers, and our community.