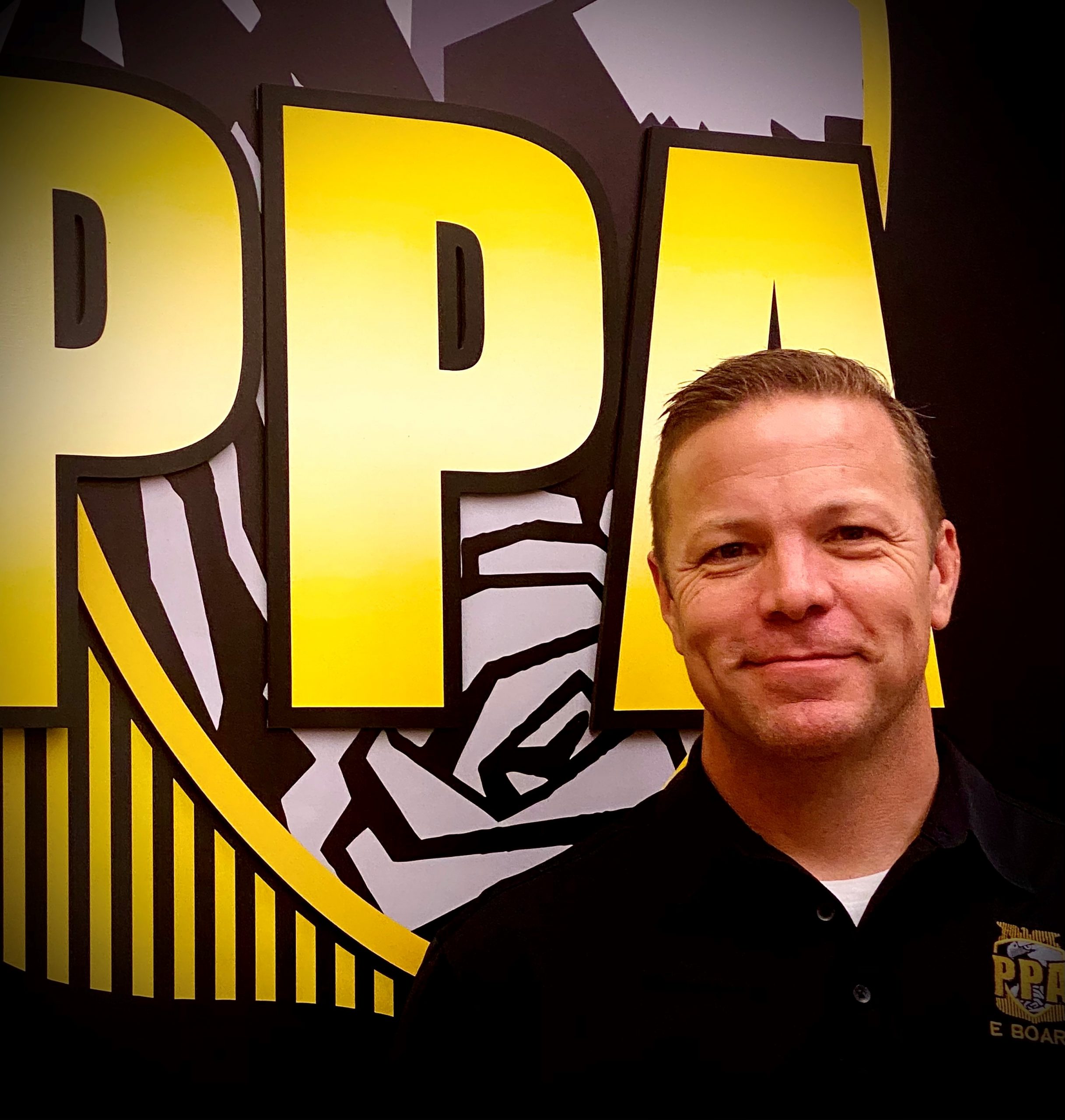 Officer Brian Hunzeker attended the University of Nebraska and started his police career with the Lincoln Police Department in 1997. In 2000, he relocated to the Pacific Northwest and joined the Portland Police Bureau as a uniformed patrol officer. Over his 23-year career in public service, he has been a part of the Traffic and Training Divisions, served on the Peer Support Team, and was a member of the Major Crash Team. Hunzeker has received numerous accommodations for his work and service to the community, including two Police Stars for bravery. In 2010, he was elected to the Portland Police Association (PPA) Executive Board and he serves on the Fire and Police Disability and Retirement (FPDR) Board.

At this pivotal moment in our nation and in the policing profession, Brian Hunzeker was elected PPA President (November 2020) to represent and serve the rank and file officers, sergeants, detectives, criminalists, and public safety specialists of the Portland Police Bureau and the 911 dispatchers who work for the Bureau of Emergency Communication. His mission is to advocate for PPA members in collective bargaining and to be a voice in the community, connecting the membership with the communities they serve.

Brian is not afraid of change and understands that policing is ever-evolving to meet community needs. Growth and evolution require a willingness to listen and learn from all stakeholders, especially those with whom you disagree; Hunzeker respectfully embraces these tough conversations. As President of the Oregon Coalition of Police & Sheriffs (ORCOPS), he brings thoughtful collaboration and advocacy on behalf of Oregon’s law enforcement professionals to the state legislature. With Portland, Oregon in the spotlight, Brian is proud to lead a cultural shift through education, building relationships, and repairing trust, and he believes that public safety is the foundation for stronger, safer communities for all.