Public safety officers come under attack all too frequently in the United States, simply for doing our jobs.

The Portland Police Association is a founding member of the United Coalition of Public Safety (UCOPS), a national coalition of law enforcement unions. UCOPS has launched a digital ad campaign to support U.S. Senate Bill 1480, the “Back the Blue Act,” which will allow for federal prosecution of those that target law enforcement officers for assault. We need your active engagement to help advocate for the passage of S.1480.

Please take a minute to send a targeted, pre-written email to your Legislators by clicking the link below. Now is the time for law enforcement to stand up and demand that we get the protections we need to do the dangerous work our members do every day!

Thank you for your commitment to the work you do in serving our community with dedication, compassion, and professionalism every single day.

HOW YOU CAN HELP

WHY BACK THE BLUE

WHO IS COVERED WITH THE BACK THE BLUE ACT

Assault officer while performing duties or attacks on former LEO based on the duties performed; or because the person was perceived to be an LEO. 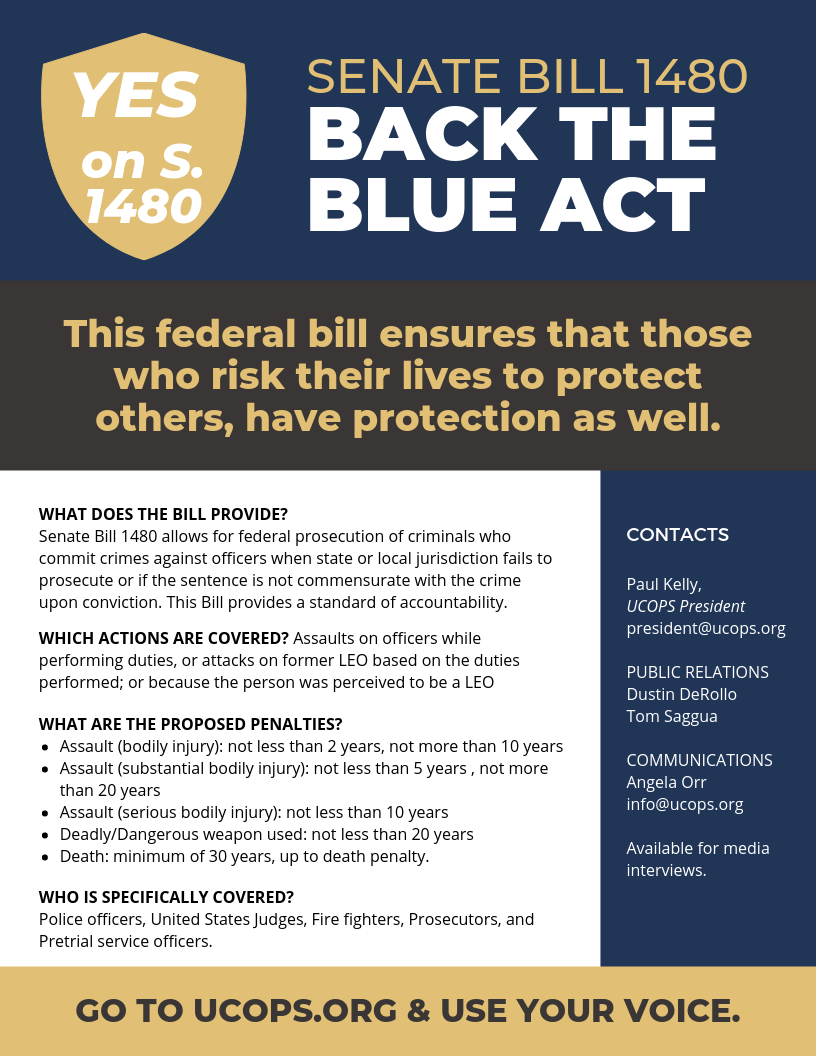 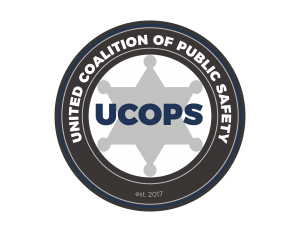 The United Coalition of Public Safety works on behalf of law enforcement officers and the communities they serve nationwide to shape strong partnerships and break down communication barriers; building trust through active engagement, honest dialogue, education, and outreach.