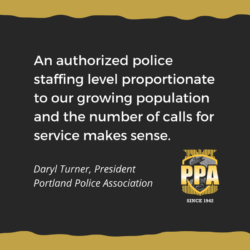 As 2017 wrapped up, Portland Mayor and Police Commissioner Ted Wheeler reflected on his first year in office applauding the progress made by City Council on the issues of homelessness, livability, and public safety concerns. While he credited City Council and other Bureaus for contributing to the success of his administration, the Portland Police Bureau[…]